When we started raising our second puppy for Canine Companions for Independence, the mighty Micron, eventually we fell into a groove for this gig.

That is, we started some things that became traditions.

Like the One Year photo shoot at Flash Photography of Dayton.

So we have some shots to share with y’all of our lovely Euka showing poise amidst personality.

She just has that look, right?  Like the wheels are turning in that noggin, the fire’s burning bright, she’s not one slice short of a loaf?  A clever one, our Miss Euka. 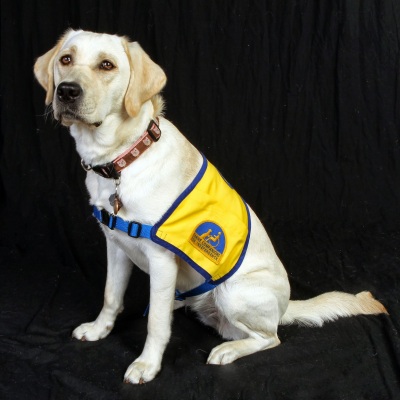